Twenty-six years ago Martin Stout moved from the UK to work in Canada and became a new Canadian citizen in 1995. Martin and his wife Amanda chose to live in Beaumont, bought a house in 1992 and raised a family of three beautiful daughters. He truly believes that they are blessed to live in such a beautiful place and that life is better in Beaumont. Now that his family has grown-up and the town has evolved into a city, it’s time for him to repay the community that has been so good to them, by offering to serve as a city councillor.

He has worked for 26 years in Alberta as an IT Consultant and Database Analyst, with provincial government departments as his clients. He has a strong technical background with vast experience in analyzing complex systems and is successful in project management. He believes that these skills enable him to be an active and deliberate voice on the council.

You may have already seen him in numerous stage appearances with Beaumont Drama Society of which he was a former president. He is also a director of the riding association for the Conservative Party of Canada and has campaigned on behalf of the current Member of Parliament during the last three federal elections. Please feel free to contact him with your questions and concerns. 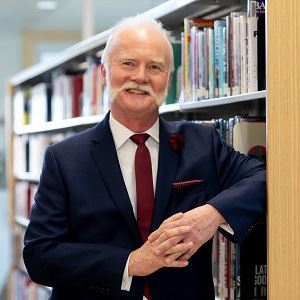